Last week an MNC client of ours was requesting my Social Media Team to post a lengthy Facebook update to explain the benefits of their product. I am sure you also must be wondering what is the ideal length of Social Media post/update. While at one extreme Twitter restricts 140 characters, however, on the other hand, you can post a much longer update on other social media platforms such as Facebook.

I came across an infographic from Express Writers, which clearly states that minimalist post generates much stronger engagement among social media users.

Twitter has more than 280+ million users in the world tweeting 500+ million tweets on a daily basis with their 140-characters limit. Most of my clients do not like this limit as this forces them to think aloud. However as per this infographic, the ideal tweet character count is just 100. Infographic mentions that “Tweets that are 100 characters or shorter enjoy 17% more engagement than the longer tweets”.

The infographic also states that the “So-called ‘medium-length’ tweets (between 71-100 characters) are re-tweeted more often than large (101 characters or longer) or small (41-71 character) tweets.” The overall outcome of these data points is that 100 characters tweets are easy for users to consume.

How Many Characters make an effective Social Post on Google Plus?

Google Plus is emerging quite rapidly in the world with 360+ million users. As per the infographic, Google Plus is all about readability and accessibility of content, so it is important to keep the content easily digestible. The highest performing headlines are lesser than 60 characters long and the ideal length of body content is between 200-440 characters.

Pinterest has more the 176 million users in the world with 100 million being very active. 85% of Pinterest users are female. As per the infographic 200, character descriptions earn the most repins. Pins that feature Call to Action (CTA) perform much better than that don’t.

You must be wondering if fewer characters are the recipe for success then why everyone recommends long form content for blogs/articles.

How Many Characters make an effective Blog?

As per the infographic, Blog posts are the place where informative, guide-style, long form content shines. The infographic quotes Buffer and states that the ideal length of a blog is 1600 words (which a reader can consume in 7 minutes). It also says that the blog posts with 1500+ words receive 68% more tweets and 23% more Facebook likes compared to shorter posts. 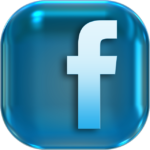 3 Different Types of Web Designs for Your Business