While working with brands from all over the world, one thing we have learned is that an order is not the end of a sale.
If you are smart, you can add to it 💹 with cross-selling and up-selling tactics.
Take a burger 🍔, for example. How can the customer make it even better and more delicious? You can add more cheese 🧀, mayo, or pickles to it. This is an example of up-selling.
So it is a good idea to further ask your customer if he wants his burger with fries or a drink🥤 – building around the initial order with complimentary stuff.

This is what cross-selling looks like.
If you can do it right- you can improve your avergae-order-value.
Here is what helps you become a pro at it- as we have observed:

Note:   If you want to discuss strategy, just hit reply on this mail. I reply to every mail personally.

🔑 ADVANCED E-COMMERCE : Acquire an edge over your competitors­

If you have an online store- you need to stand out from the crowd. While working with our clients, we saw the best outcomes with the following:

Does that sound intimidating? It’s really not. Write to us, and we will simplify it with you.

Fun Fact About Us

82% of BrandLoom clients see an uptick of at least 20% in their revenue after the implementation of BrandLoom’s strategies.

😇 EVERGREEN SCAM : The Nigerian Prince Scam Is Over A 100 Years Old!

While looking up cybersecurity information for our clients, we came across this nugget 🌐.
Did you know that the ubiquitous “Nigerian Prince” 👑scam is over 100 years old?
Yes, the most common phishing scam pre-dates the internet.
In the early 1900s, people placed ads in newspapers 🗞for everything. One ad from Prince Bill Morrison of Nigeria appeared in many papers. He was looking for some American pen-pals ✍.
Once the correspondence started, the noble prince asked for a small token of friendship from his friends- a few bucks 💵 and a pair of pants the friend no longer needed.
In exchange for these, Prince Morrison was ready to give them ivory and gold. In the spirit of true friendship, his pen-pals sent him their worn trousers and a fistful of dollars.
The promised ivory and gold shipment, however, never arrived.
Soon, post offices 🏤 across the country were flooded with angry complaints. The police were forced to investigate- and they did locate the Nigerian prince!
He turned out to be a fourteen-year-old American boy with a vivid imagination and mischievous mind 👦.
His age prevented further lawful action, and nobody wanted to admit publicly that they had been duped by a teenager- but the idea took off 🚀. Soon, scammers started to follow the model of starting by asking for something small that didn’t cost anything (penpalship) and then moving on to the real kill (cash).
So if you are ridding your spam folder 📂 of such appeals from exiled royalty, remember that it all started with a bored fourteen-year-old boy almost a century ago.

That’s it for today, thanks for reading.
Yours Sincerely,

Note: If you want to discuss strategy, just hit reply on this mail. 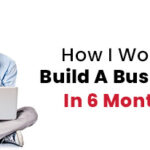 Growth Roadmap For You 👋