Who doesn’t want to join the Gucci Gang? If your style sweet spot is quirky chic with a hint of loudness- Gucci is for you. Being one of the world’s biggest luxury fashion brands, the brand is instantly recognizable for its distinct aesthetic, and iconic logo with the joined Gs. But what does the logo stand for?

Let us find out.

Gucci logo: What does the logo stand for?

Simply put- the Gucci interlocked Gs represent the name of the founding father, Guccio Gucci. This is not an uncommon thing- since most fashion houses take their names from their founders. However, as each brand is different in its approach towards fashion- so do their logos.

To understand how the logo came into being, we have to delve into the brand’s origins. Who is Gucci, after all?

The story of the Gucci founder- the man who made Gucci

The founder of the label was Guccio Gucci- who hailed from Florence. He was the son of a leather craftsman. In his quest for luck, Guccio Gucci traveled from Italy to Paris and landed a bellhop in a Savoy hotel in London. While unglamorous, his job as a porter allowed him to observe the high-end clientele closely.

He had a close view of the stylish people whose luggage he had to handle. Not only they wore expensive clothes- but their luggage also reflected their social status. He learned that style not only came from clothes- but accessories as well.

While hauling suitcases, he learned to distinguish each type and make out the differences in each piece’s quality. He discovered that the quality of bags depended a lot on their design- and design was a significant element that marked the difference between high-end and cheap pieces.

Guccio learned that a high-end suitcase is not all about construction and design- it is also about the fabrics or materials used. Armed with his insights, he returned to Florence, where he founded the House of Gucci in 1921- a shop for high-quality leather goods.

Guccio Gucci’s understanding of what the stylish, high-end clients wanted and the expertise he inherited from his father helped him expand his business. His son Aldo Gucci was instrumental in transforming the company into an Italian brand of repute.

After Aldo joined the business, he opened a store in Rome and then in Milan. It is also, aldo who designed the double G logo. Till 1933, the house did not have a brand logo. However, Aldo understood that to distinguish their goods from other suitcase makers, they had to have a memorable brand logo.

Aldo used his father’s initials to create the famous logo with the interlocking Gs. The resultant design also looked like the interlocking links of a bracelet- which further indicated that this was the mark of a luxury brand.

What followed rest is history. Gucci today stands as one of the most famous fashion houses in the world. The Gucci sign today is synonymous with luxury and wealth.

Today, the brand produces all types of apparel, designer bags, footwear, accessories, cosmetics, and perfumes. It has also forayed into home décor. Alessandro Michele has served as its creative director since 2015. Today the brand is owned by French conglomerate Kering (then Pinault Printemps Redoute).

The iconic Gucci logo features prominently in most Gucci designs. Entire clothes and linings can feature its print, while trapping, zippers, pins, and fastenings can come in its shape.

After Guccio Gucci died in 1953, his sons Aldo, Vasco, and Rudolfo made the brand a global presence. They opened stores in the USA, France, and London. Its debut in New York created quite a stir, and soon, celebrities started flocking to the brand.

In the 1960s, Gucci launched the flora scarf, specially designed for Hollywood superstar and Princess of Monaco, Grace Kelly. Thanks to her prominent association with the brand- Gucci began its conquest of Hollywood. It became a hot favorite for many stars, and soon, Gucci expanded into the Middle East and Asia.

The troubles of the Gucci clan

However, by the time the 1970s rolled in, the business had started to falter. Family feuds between Guccio’s sons became frequent, with each trying to open an independent business and trying to cash on the brand. The company finances were in the red, and ultimately it became a listed company from a family business in 1982.

Then, Rudolfo’s son Maurizio Gucci sued his uncle Aldo to gain control of the business. Things came to a head when the 81-year-old Aldo went to jail for tax fraud in 1986. Maurizio sold the controlling stake to Bahrain-based Investcorp in 1988- and in 1993, the fund took complete control of the brand from the family.

The Gucci family feud continued even beyond that- and it all culminated with Maurizio’s fatal shooting by a hitman in the brand’s Milan outlet. Maurizio’s ex-wife Patrizia Regianni was arrested for hiring the hitman and served 16 years in prison for her part in Maurizio’s murder.

Luckily for the brand, in 1994, fashion designer Tom Ford became its creative director. His 1995 collection, which featured dresses with bold cutouts and many other explicit designs, shifted the focus firmly back to its fashion. It managed to regain the brand’s footing in the fashion industry.

What is the Gucci logo?

Now that you know who founded Gucci let us know more about the logo.
As we said, the Gucci logo includes two interlaced Gs of a modern typeface. It is one of the most famous logos in the world. Since its origin as the mark for high-end suitcases, the Gucci symbol has come a long way.

The company has used various iterations of the famous monogram logo through the ages. The ends have often overlapped- and it has also been rendered in a way that is reminiscent of another iconic fashion house- Chanel. However, the basic rendering of the logo has been preserved.

The Gucci logo was trademarked in 1955. When the logo appeared in print on some bags- it tweaked the design a bit. The label uses this tweaked design today in all Gucci prints- one G is upside down, and the other is right-side up.

However, Alessandro Michele decided to update the iconic logo. The 2020 fall/winter menswear collection featured the new logo: the word “Gucci” written in a child’s handwriting. The logo was updated on the brand’s social media handles as well.

The new logo received mixed reactions. Most thought it was a far away step from Gucci’s defining logo- and was not a wise move from a branding or business standpoint. The redesign also puzzled many people, who were trying to understand what the bare-bones, childish scribble represents for a luxury brand known for its loud, busy style.

Gucci’s aesthetic can be defined as “geek chic.” Gucci things look characteristically loud and often feature a lot of elements. It is instantly recognizable, and through the ages, Gucci has retained the “extra” style.

The Gucci logo is timeless. It is clean, and the typeface is modern. While the Gucci double Gs are sans serif, the logotype is a smooth serif font. The overall look of the logo gives a sense of confidence.

What are the Gucci colors?

The Gucci logo colors are black and white. The logo is rendered in these two contrasting, classic colors. This makes it possible to stand out against the busy prints and motifs that the designs showcase.

Many other prominent branding elements have been associated with the Gucci name through the ages. Its extended brand palette also features the iconic red, white, and green stripes representing the colours of the Italian flag.

Another famous symbol associated with Gucci is the coral asp snake. In buckles, fastenings, and footwear designs, the Gucci snake forms one of the Gs.

The Gucci snake prominently features in its sneakers, backpacks, dresses, and sweatshirts. Rendered in red, black, and white, it often appears alongside its prominent stripes.

Another motif that now features heavily is the Gucci bee. The bee features prominently on their sneakers, purses, wallets, watches, belts and home décor pillows. On wallets, sneakers and belts- it is often accompanied by the Gucci stripes. The Gucci bee is also as distinct as its double G logo. It is often featured alone without the official logo.

However, Gucci’s clothing and designs do not stick to any particular color palette. The brand is known to go overboard with the use of colors and motifs- and the very chaotic nature of its aesthetic ensures that its collections feature a riot of colors.

The new era of Gucci- Why is Gucci so popular today?

Dapper Dan– the famous Harlem-based designer, featured the Gucci-inspired stripes on many of his streetwear designs. From the late 1980s, his clothes became a hit with many rappers. As a result of him using the logos of multiple fashion houses on his clothes, his business ran into controversies.

However, in 2017, Gucci collaborated with Dapper Dan, which led to a resurgence for both labels. The Gucci designer Alessandro Michele created jackets that looked like Dapper Dan’s trademark clothes and shared the eponymous designer’s credits.

Gucci successfully found a new group of young, urban followers that embraced its loud aesthetic. Fashion critics regard the resurgence of Gucci as one of the greatest comebacks in the history of fashion. Today, the brand is ubiquitous. Thanks to the emergence of new-age style bloggers and social media influencers, the brand has developed a cult following.

Some prominent celebrities who often sport Gucci on the red carpet and other events are – Dakota Johnson, Jared Leto, Florence Welch, and Salma Hayek. Hayek often wears exclusive Gucci pieces- her husband François-Henri Pinault is the CEO of Kering, the luxury group of whom Gucci is a subsidiary.

In an age when most old design houses are struggling to stay relevant with the youngsters- Gucci seems to be an exception.

The original Gucci logo today remains as recognizable as ever.

The Gucci logo is the perfect example of a timeless modern logo. It beckons to the brand’s history- but its neat design ensures that it can continue unchanged through many more years to come. This is the reason the brand has not gone for any logo rebranding.

It is also a great example of creating a logo that can stand apart from its competitors. Despite being very close to Chanel’s logo on paper- Gucci remains distinct. It shows that little details can help your logo be unique and help you stand out in the market.

If you are a designer or are looking for a logo inspiration for your brand- the Gucci logo can prove to be a good starting point. Its apparent simplicity makes it highly memorable- and the way it uses its visual designing elements is very interesting.

If you want to know more about logos and branding elements, we will keep bringing you more exciting stories and analyses. Do you have a brand in mind whose story intrigues you? Let us know in the comments.

I enjoy creating quality content that can game search engine algorithms and help our clients build their brands. The internet belts out new challenges every day- and I relish the opportunity of meeting them head on. All I need is my team for support and my cat for inspiration. 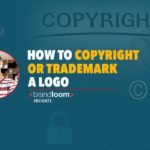 How to Copyright or Trademark a Logo? 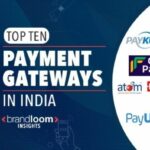 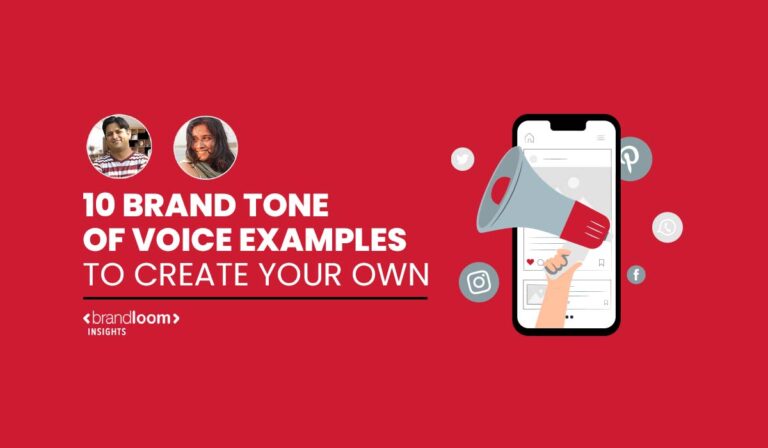 10 Brand Tone of Voice Examples to Create your own 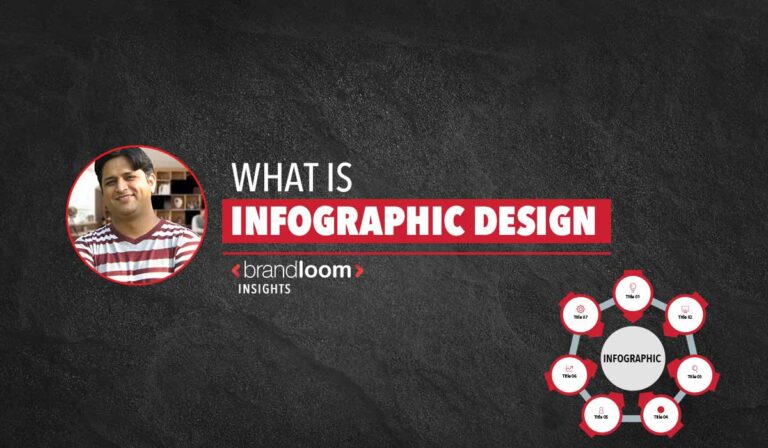 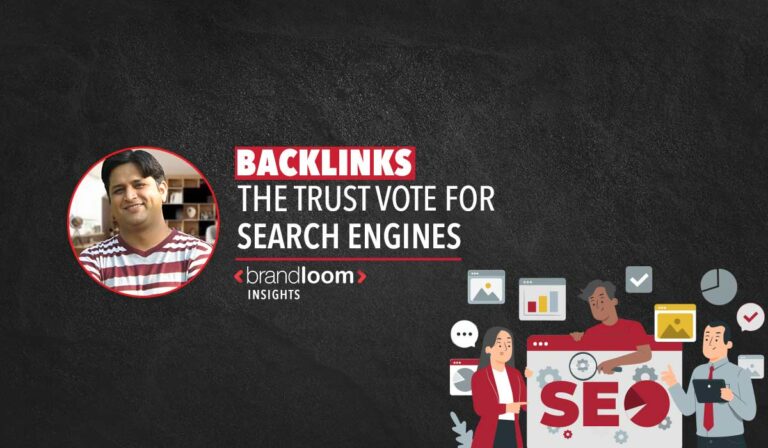